The Ghosts of Philosophies Past: How Self-Serving Beliefs Come Back to Haunt You

My previous self liked to believe that I was susceptible to writer’s block*, and I'm not alone.

“Clearly,”
I thought to myself,
“I am a descendant of a superior writers’ gene pool ”
(both my mom and my 7th grade teacher had (nearly) implied as much),
“but my brilliance and creativity fall victim to a cruel, unrelenting disorder”.

Writers like me are tortured by the sense of injustice the curse places upon us - if only we could retrieve from the depths of our intellect the insights, creativity and narrative that would colour and captivate the rest of the world.

Even with my self-diagnosis in hand, a nagging voice in my subconscious whispered (taunted), “maybe writer’s block is just a synonym for procrastination”.

Sometimes it called me nasty and unthinkable names, like undisciplined, unfocused, or cowardly.

I put an end to that noise by ceasing to write almost entirely.  Instead, I waited for inspiration.  I waited, and I waited.....

I grew my hair out.   Harper became Prime Minister.  My cat took about 300 naps.  And I kept waiting.


After a few years, I wondered if there wasn't something to those accusations floating around in my head.   As the tendency goes, I began to see signs of enlightenment everywhere.  I read some books I had laying around, came across some articles online, and reviewed the (non-existent) success of my previous methodology.

What I found: writer’s block doesn’t exist.  But like any good defense mechanism should, the myth of writer’s block morphs under the power of our belief until it becomes a (seemingly) very real thing.  Those of us who have employed it did so for simple self-preservation reasons only.  Writing is hard, and when things are difficult we feel uncomfortable, and when we feel uncomfortable we avoid what causes the discomfort.

Writing a first draft can feel like trying to bleed a stone, and sticking it out can be torture.  Sometimes doubt about the quality of our work is the only reward we get for disciplined writing.  It’s not a speedy recovery, either.  Reading and revising a first draft is equivalent to viewing oneself in the harsh morning light after a night of, well, anything really - morning light is rarely flattering.  What’s worse is that we’re absolutely certain someone else looks better.

Comparison leads to anxiety and avoidance.  The prospect of being criticized is so intellectually paralyzing that we turn to myths that reduce our accountability and protect our sense of worth.  Writer’s block is the historically endorsed ailment of a doubt-crippled demographic.

Reform inflicts its own wounds.  For a while, the ghosts of my self-sabotage really bothered me. I’d wasted years not writing at all, waiting for inspiration.  (And waiting.  And waiting....)  The irony of squandering three years before I finally read that book on writers' myths and procrastination was not lost on me.  It’s easy to decide we needn’t be bothered by the confines of discipline and structure - writers are viewed as creative, and creativity is viewed as a gift of the free-spirited.

But writing relies on productivity, which relies on effort, and often discomfort.  The good news:  like flossing, the more you do it, the less it hurts.  Planning and scheduling techniques reduce the impact and frequency of “writer’s block”, eventually decimating it entirely**.  Over time, you may admit that your writing will never have a significant effect on the success of humanity - but it's fulfilling all the same.  You may even start to treat writing like a job, not immune to days of frustration, the output of which has varied degrees of quality***.  But not all your writing will send you into a shame-spiral, and some of it will even be a source of pride.  And, we can probably all agree that even small successes, credited to oneself, are more fulfilling than chasing myths.

*My current self likes to believe I’m in recovery.

** Fake ailments are often the easiest to cure.

*** Your mom will still tell you you're gifted, don't worry.

Some good reads on procrastination, writing techniques and discipline: 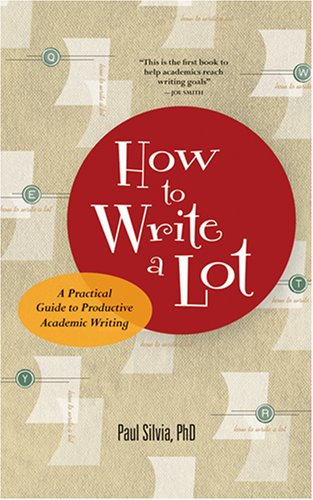 Interpreting Meaning: Debts to My Mother

This blog was inspired by a conversation I had with a friend yesterday. A conversation that started out about daycare options soon became one about our hopes and fears for our kids, which became a larger conversation about how deeply we appreciate the pain and fear our very existence must have brought our mothers.

How do we become more well in our professional and personal lives? Does taking control and making purposeful choices make a difference? Is that always possible?

My mother taught me the importance of good communication early on. One of her most-used phrases during my childhood was, “talking to you and your sister is like talking to a brick wall!”

Less About Writing, More About Reading

The season is indulgent, and so is this blog.

Workplace culture is an abstract concept. It becomes actualized through thoughtful policy creation and management.